Discourse as a CMS for static site generators

I’ve been working today on a rough first draft of a script which will pull content from a Discourse site in raw markdown and save it to file in a static site repo. It’s really a very simple script at this stage, and is part of my ‘rehabilitation’ back to Ruby after around 2 years in Python and NHS politics! 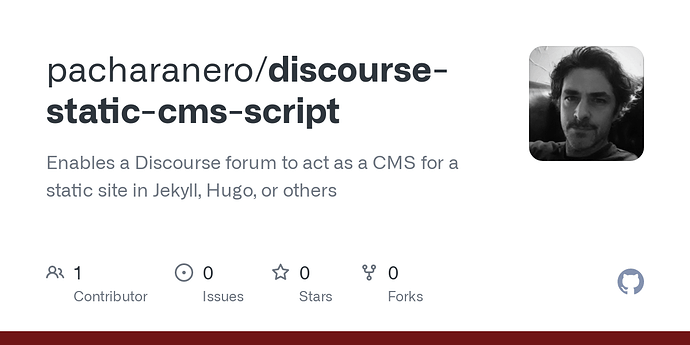 The target audience is existing admins of Discourse who want a simple static site and want to manage the content for this in Discourse.

Comments, thoughts, and ideas welcome.
Needs a better name I think.
I’m happy to move to Pavilion repo, but at the moment I don’t think I have write access to paviliondev.

Interesting! I’ve just invited you back to paviliondev.

the basic backend setup would be: